Art is a diverse range of human activities in creating visual, auditory or performing artifacts, expressing the author’s imaginative, conceptual ideas, or technical skill, intended to be appreciated for their beauty or emotional power.

The expression or application of human creative skill and imagination, typically in a visual form such as painting or sculpture, producing works to be appreciated primarily for their beauty or emotional power.

Poetry is probably the oldest form of literature, and probably predates the origin of writing itself. The oldest written manuscripts we have are poems, mostly epic poems telling the stories of ancient mythology. Examples include the Epic of Gilgamesh and the Vedas (sacred texts of Hinduism). This style of writing may have developed to help people memorize long chains of information in the days before writing. Rhythm and rhyme can make the text more memorable, and thus easier to preserve for cultures that do not have a written language.
Poetry (derived from the Greek poiesis, “making”) is a form of literature that uses aesthetic and often rhythmic qualities of language—such as phonaesthetics, sound symbolism, and metre—to evoke meanings in addition to, or in place of, the prosaic ostensible meaning.

Poetry has a long history – dating back to prehistoric times with hunting poetry in Africa, and to panegyric and elegiac court poetry of the empires of the Nile, Niger, and Volta River valleys.Some of the earliest written poetry in Africa occurs among the Pyramid Texts written during the 25th century BCE. The earliest surviving Western Asian epic poetry, the Epic of Gilgamesh, was written in Sumerian.

Early poems in the Eurasian continent evolved from folk songs such as the Chinese Shijing; or from a need to retell oral epics, as with the Sanskrit Vedas, the Zoroastrian Gathas, and the Homeric epics, the Iliad and the Odyssey. Ancient Greek attempts to define poetry, such as Aristotle’s Poetics, focused on the uses of speech in rhetoric, drama, song, and comedy. Later attempts concentrated on features such as repetition, verse form, and rhyme, and emphasized the aesthetics which distinguish poetry from more objectively-informative prosaic writing.

Poetry uses forms and conventions to suggest differential interpretations of words, or to evoke emotive responses. Devices such as assonance, alliteration, onomatopoeia, and rhythm may convey musical or incantatory effects. The use of ambiguity, symbolism, irony, and other stylistic elements of poetic diction often leaves a poem open to multiple interpretations. Similarly, figures of speech such as metaphor, simile, and metonymy establish a resonance between otherwise disparate images—a layering of meanings, forming connections previously not perceived. Kindred forms of resonance may exist, between individual verses, in their patterns of rhyme or rhythm.

Some poetry types are specific to particular cultures and genres and respond to characteristics of the language in which the poet writes. Readers accustomed to identifying poetry with Dante, Goethe, Mickiewicz, or Rumi may think of it as written in lines based on rhyme and regular meter. There are, however, traditions, such as Biblical poetry, that use other means to create rhythm and euphony. Much modern poetry reflects a critique of poetic tradition,testing the principle of euphony itself or altogether forgoing rhyme or set rhythm. In an increasingly globalized world, poets often adapt forms, styles, and techniques from diverse cultures and languages.

A Western cultural tradition (which extends at least from Homer to Rilke) associates the production of poetry with inspiration – often by a Muse (either classical or contemporary). 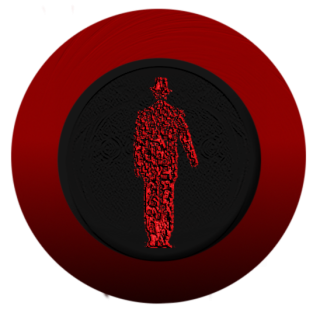 "The visionary lies to himself; The liar; Only to others." Friedrich Nietzsche.